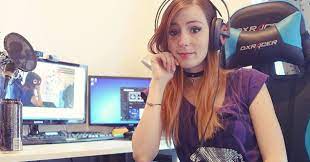 E girl gaming can create tons of different ways to entertain people throughout the entire internet. Some create vlogs that show their daily routine or a tour through their lovely homes. Others do what viewers of their streams request of them like singing a specific song, requesting a dance, or perhaps simply answering their questions. A lot of them also post on TikTok, which is said to be where most E girls are nowadays. They also enjoy doing cosplay showcases where they show off their representation of their favorite fictional character. But what is probably the biggest part of being an E girl is being a gaming fan.

Gaming is one of the biggest forms of entertainment in different spaces of the internet. E girls are also a part of the gaming community. It’s not that hard to find E girls streaming on different sites like Twitch and YouTube. A lot of them stream games like DOTA 2, Call of Duty Warzone, and other big time and new games. There are also those who upload videos of themselves playing more casual and relaxing games like Terraria, Gang Beasts, etc.

Aside from streaming and YouTubing, they also go to GANK if they’re looking to make some money through gaming. There are different types of E girls you could play with on GANK.

You could look for E girls that are into more competitive games. They’re the best ones to play with if you’re tired of going solo and facing a losing streak. They are the perfect companion to bring with you in your battles in the Summoner’s Rift, or in Verdansk ’84. No doubt you will see differences in your win rate.

Same goes for games that require you to complete different missions in order to get stronger like Genshin Impact, and the brand new Monster Hunter Rise. They’ll help you beat that pesky Anjanath or that incredibly tough Geo Hypostasis. Those annoyingly tough bosses will seem like cannon fodder in the face of those incredibly strong allies. They can help you achieve all the endgame rewards and become overpowered by the time you face those bosses one on one.

You could also hire them to help build up your farm in Stardew Valley, or even start a whole new one where both of you can progress at the same time. It’s so satisfying to see a world both of you built grow bigger and become more and more colorful. Both satisfying and relaxing, without all the enemies attacking you and bosses going after you.

How to Team Up with E Girls

You won’t have a hard time looking for them either as they’re all over the World Wide Web playing games. You could look for them on Facebook, Instagram, Twitter, everywhere. GANK is the perfect place to go if you’re looking to play with them as well, as long as you got the payment. You can find the perfect companion for you to beat the loneliness as well as the enemies giving you a hard time. Especially in times like these, we all need a friend we can interact and talk to without having to leave our homes and risk getting sick.