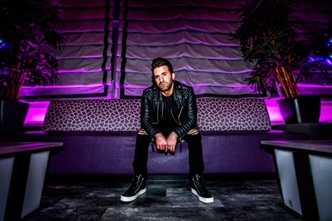 New York native LODATO is set to partner once again with Spinnin’ Records for multi track deal. After securing landslide hit ‘Good’ — that was a #1 hit on U.S. dance radio — joining forces with the American DJ/Producer, was a no brainer for the acclaimed Dutch label. Spinnin’ Records foresees an incredible future for the innovative and original artist. Buckle up!

Over the course of his career LODATO has developed and cultivated a sound that has him with one foot in the EDM world and one foot in the world of pop. Rida Naser, (Program Director and on air Host for Sirius XMs BPM and Pop2K) was the first to discover and debut LODATO last summer with his record “HOME” which went #1 in Dance Radio along with the Billboard Dance Chart as well.  Since then the DJ/Producer’s name has been on everybody’s lips. In a short space of time LODATO has shaped the mould for the artists of the future. He displays a unique understanding of the pace and quality that is needed in music, to succeed within the modern industry landscape. With the success of the past year, LODATO’s manager and partner Jared Overeem approached Spinnin Records CEO with a unique long term plan.

“After securing a phenomenal #1 on U.S. dance radio, we feel it’s time to conquer the rest of the world with the unique LODATO dance-pop sound.” — says Jorn Heringa, A&R Director Spinnin’ Records

LODATO is an American DJ, Producer, and Remixer from Queens, New York. Over the past year LODATO has accumulated millions of Spotify streams and topped the Billboard Dance Charts with multiple #1’s. LODATO’s original single “HOME”, landed itself at #1 on the U.S. Dance Radio Chart for Three Consecutive weeks, #1 on BPM’s “Top 20 CountDown” (Sirius XM) for Four consecutive weeks and #1 on The Billboard Dance/Top 40 Mixshow Airplay Chart. In May 2020, LODATO’S original single “Good” followed the footsteps of his previous original and also found its way to #1 in the U.S. on Dance Radio. LODATO’s Remix of Dua Lipa’s “Break My Heart” has hit rotation on all the major U.S. Dance Radio Stations and as of July 2020 already hit #1 in North America on iHearts Remix Top 30 countdown.